The discussion forums of Dragonhill!

You are not connected. Please login or register

Who exactly I am

Who exactly I am

Many of you know who I am, where I came from, or what is my goal.

I'm warning you... this is quite long and boring.

A family member of mine had a computer. It was great. I remember when I was young, all I would do was mess with Word. I'd mess with fonts, colors, styles, sizes. etc.

However, the fun ended when a virus go into his comp. It screwed it over, and we had to start anew. That person got a laptop. I got a new computer after much begging.

For about 6 months, I had no internet. Then, I inherited the ISP and the cable modem. I finally was able to explore then internet. Google was now more entertaining than Word.

I eventually got an old RPG Maker for the computer. I made many old games with it, such as a game where you rolled a rock around obstacles (lol). At the end, if you chose the right path, you unlocked a second marble. It was awesome.

Although, my spree came to an end. I moved several files and f*cked up the whole program. I got extremely pissed, since the CD is now gone.

I scoured Google looking for answers. And then... there was Game Maker.

GM then brought me to YoYo, in which I meant many of you. (TD, Dragonz, etc.)

Then, all of you started leaving. One by one. I heard of DDNN, and followed once nearly everyone left.

Then, I was on DDNN. Met everyone again. Go on vacation. Come back, again, people are leaving.

After that, I started following around on the internet, joining forums and all. And now DDNN is failing for sure, I'm here.


So who am I? I'm a person who wanders the internet... I have nothing else to do... I'm on top of my game in everything for many years. That's why I'm good at GM, HTML, coding, a little hacking, and traveling. I have two computers, so my IP changes alot since on has a dynamic IP (laptop) and I have my first computer still here. It runs superfast. I love it. I've even learned how to manually spam efficiently. I've also gotten into graphics a little. I do logos, now also pixel art. 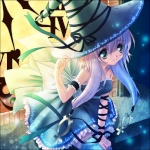 Interesting story pilot. Sounds like you've been through a lot.
I wouldn't consider that a boring story at all.

I didn't think it was boring.

It was an interesting story.
deadlydans

No one thinks its boring! Its such a interesting but cool story...
Sponsored content